The beetle has had a devastating impact on many central European countries in recent years where rising temperatures and prolonged summer droughts has allowed the beetle to flourish through a prolonged breeding cycle and stressed host trees.

Euroforest and our group of businesses have a knowledgeable and experienced team who have dealt with the sanitation felling and processing of trees affected by Ips typographus since the discovery of the pest in Kent in 2018.

Ips typographus, also known as the larger eight-toothed European spruce bark beetle is a notifiable pest of spruce trees as well as some conifer species including fir, pine and larch.  Ips is present in many areas of mainland Europe, however, an established population hadn’t been found in the UK until late 2018 where it was discovered in Kent.  The beetle has had a devastating impact on many central European countries in recent years where rising temperatures and prolonged summer droughts has allowed the beetle to flourish through a prolonged breeding cycle and stressed host trees.

Following the initial outbreak in Kent, the Forestry Commission has been carrying out enhanced surveillance in the Southeast of England as well as using traps which often catch the pests who are most likely blowing into the area from mainland Europe.  In the summer of 2021 several more stands of spruce were identified where Ips was present in Kent and East Sussex.

In December 2021, a demarcated area was put into force by the Forestry Commission to restrict material movement within the infected areas.  The demarcated area covers parts of Berkshire, Buckinghamshire, Hertfordshire, Surrey, City and County of the City of London, Greater London, East and West Sussex, Kent, and Essex.  Under the notice, without prior permission it is prohibited to: fell any susceptible material; to kill any trees above 3 metres in height; to leave any susceptible material in situ; to move spruce material with bark that have come from within the demarcated area. 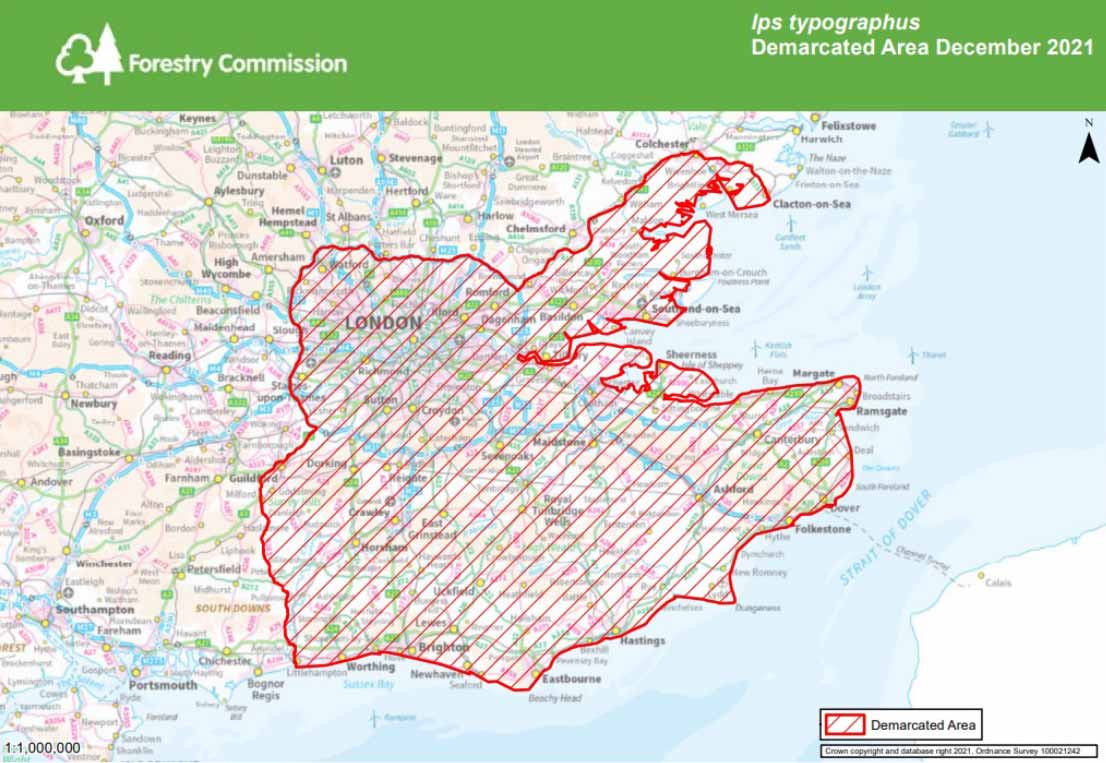 The presence of Ips can be found by inspecting the bark, and the wood under the bark of a tree for a linear gallery system.  The small brown bark beetle is predominantly a ‘secondary pest’ and typically attacks dead, stressed, or weakened trees, however where it exists in larger populations, can attack adjacent healthy trees.

Due to this it is also important to look for individual dead standing trees or groups of dead trees.  Forest authorities are urging everyone to remain vigilant for signs of the Ips typographus and should report any potential sightings in the UK to the Forestry Commission using the TreeAlert online portal.  Any sightings in Northern Ireland should be reported to the tree pest tool, Treecheck. 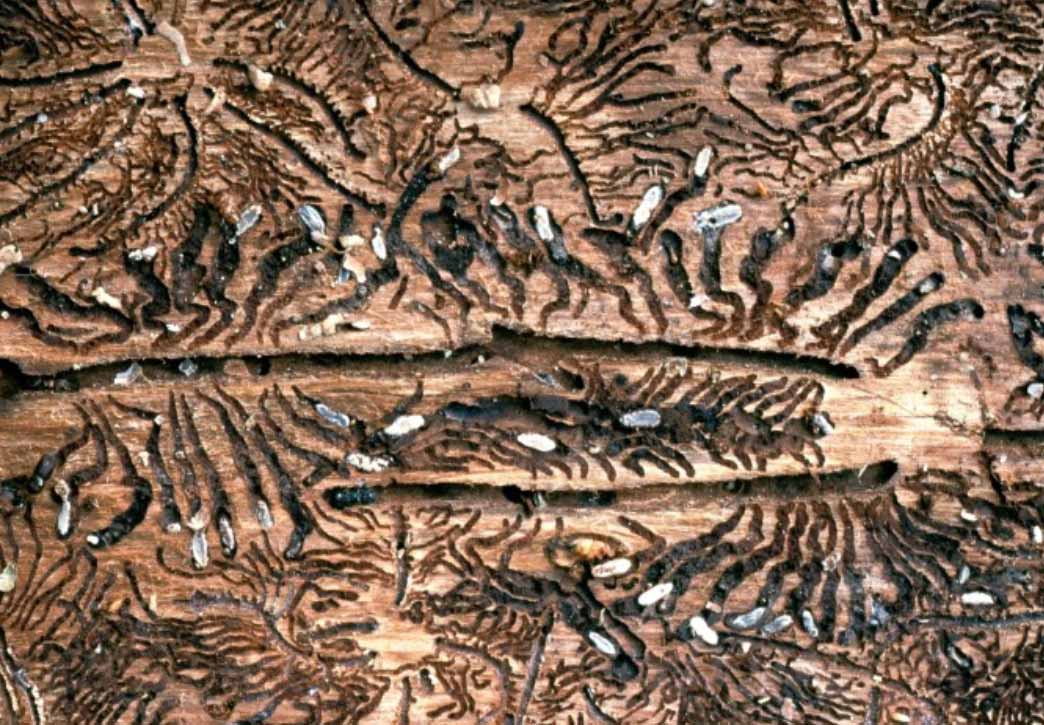 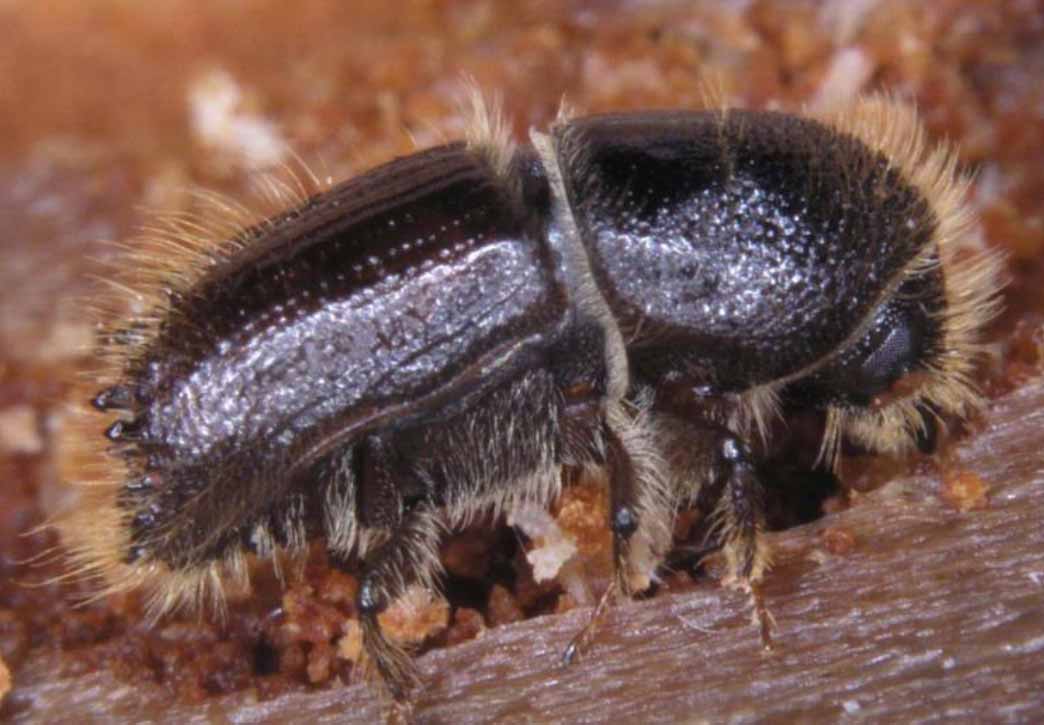 Adult beetles hibernate during winter under the bark of trees, logs, and leaf litter, re-emerging in late spring/early summer when temperatures rise.  The males fly in search of distressed trees where they burrow and release emissions to attract females.  The females create the linear gallery system where they lay their eggs, and once hatched the larvae move along the linear gallery system, widening the galleries as they grow and creating the below formation.

Following the finding of Ips typographus in Kent in late 2018, Euroforest Ltd managed the subsequent sanitation felling and processing of the spruce trees and the bio-secure transport of the material to the Kent Renewable Energy power station in Sandwich, Kent.  When further outbreaks were found, Euroforest Ltd in its capacity as Forest Works Manager, worked with the Forestry Commission during these initial stages to assist in felling survey trees as well as managing larger scale sanitation felling and marketing of the timber to approved customers where appropriate.

The threat of Ips is one of great concern to the UK forest industry.  The impacts of climate change and disruption to traditional weather patterns in the UK means increased temperatures and drier warmer summers are becoming a reality.

Euroforest Ltd and our group of business have a knowledgably and experienced management team in the Southeast based from our offices at Sandwich and Bentley.  Our managers are well placed to deal with sanitation felling with our dedicated local contractors and can market spruce timber subject to Statutory Plant Health Notices as a result of Ips.   Timber can be marketed to our Biomass facility at Kent Renewable Energy in Sandwich and other local customers.

Photo's below courtesy of Ian Bromley 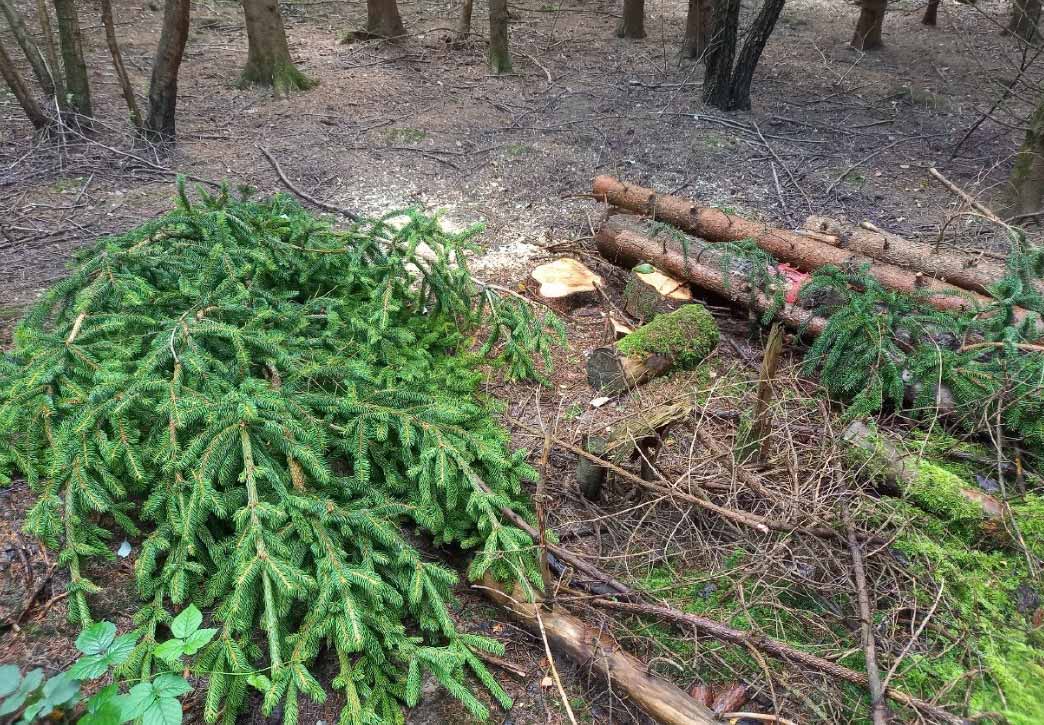 Spruce felled to survey for presence of ips, Kent 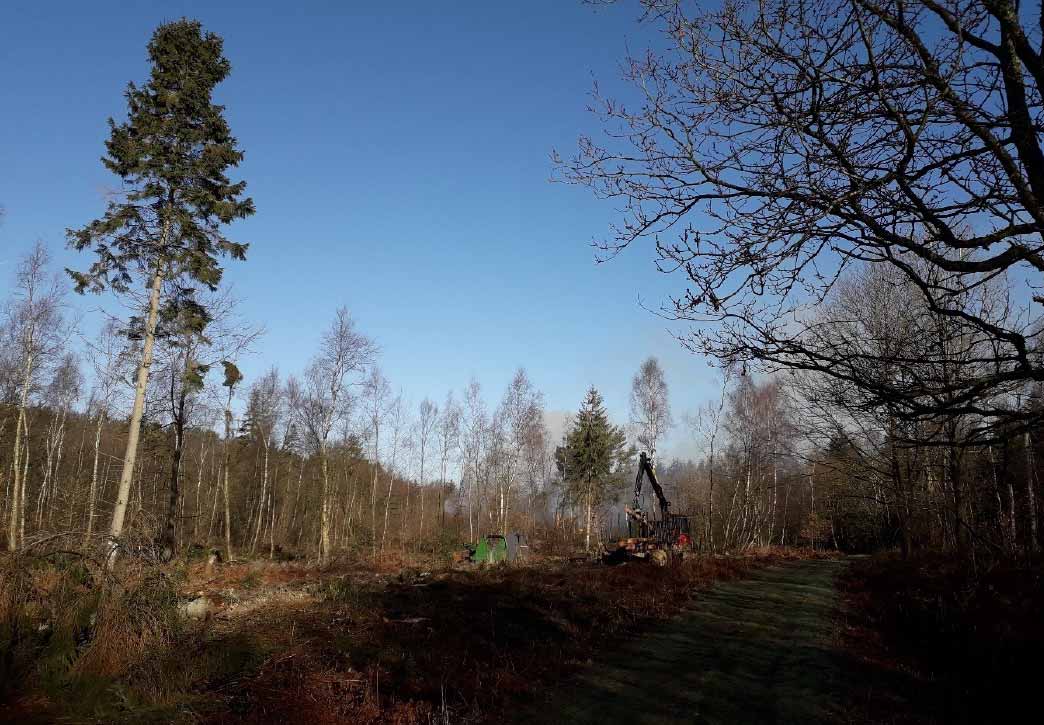 Felling of spruce on original outbreak site Feb 2019 prior to being chipped and taken to Kent Renewable Energy power station, Kent.

What can the landowner expect when contacting Euroforest: 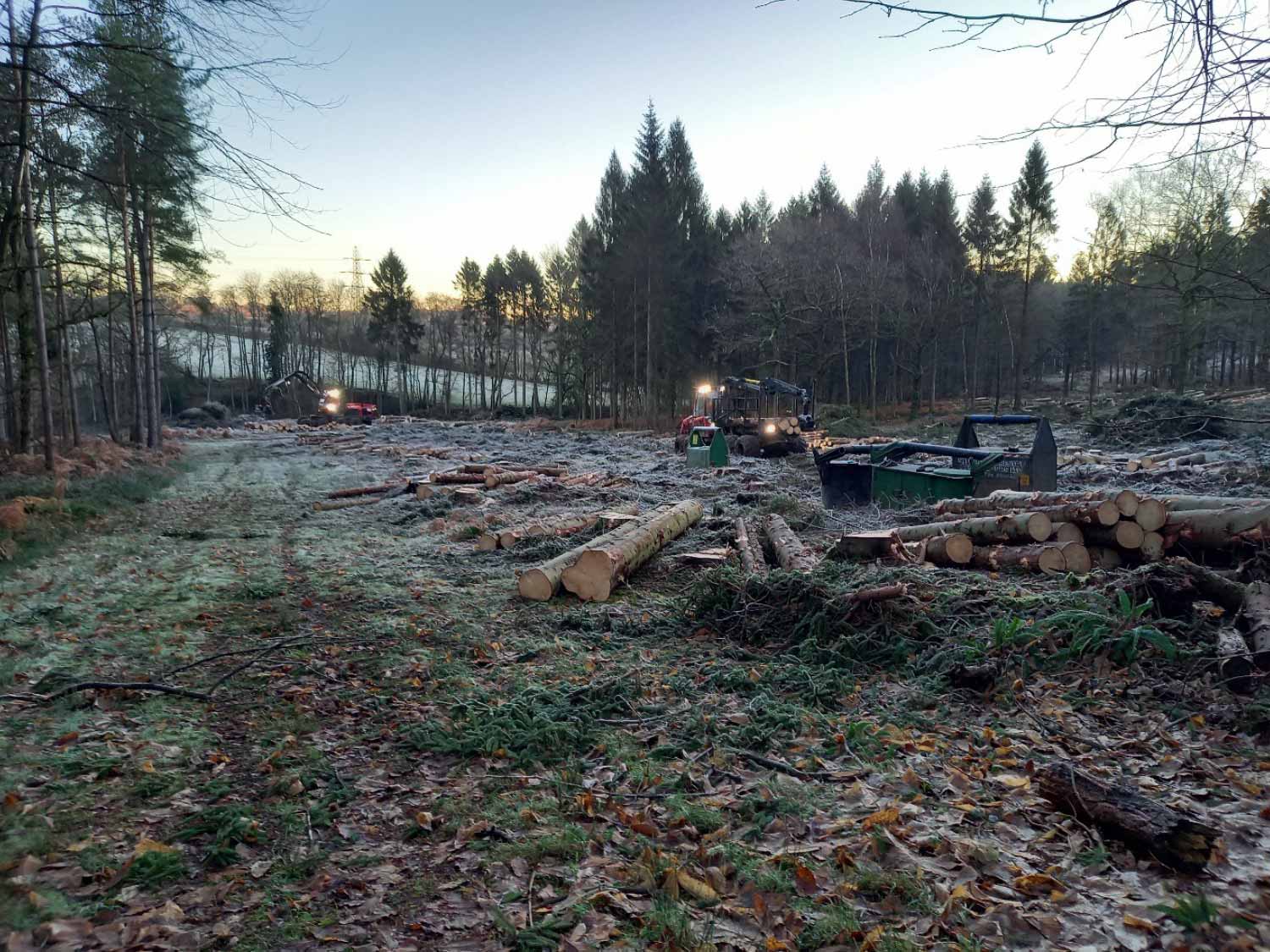 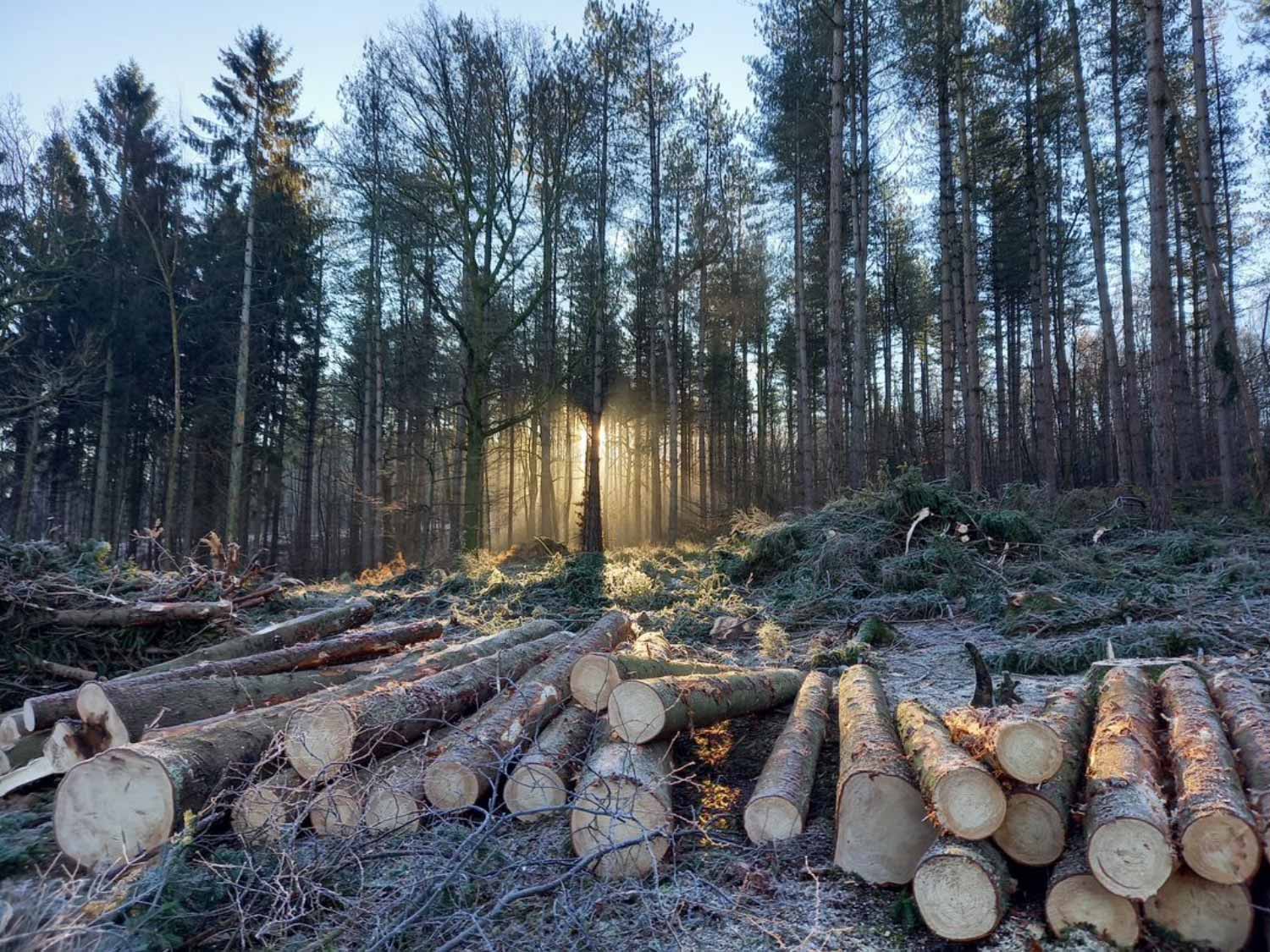 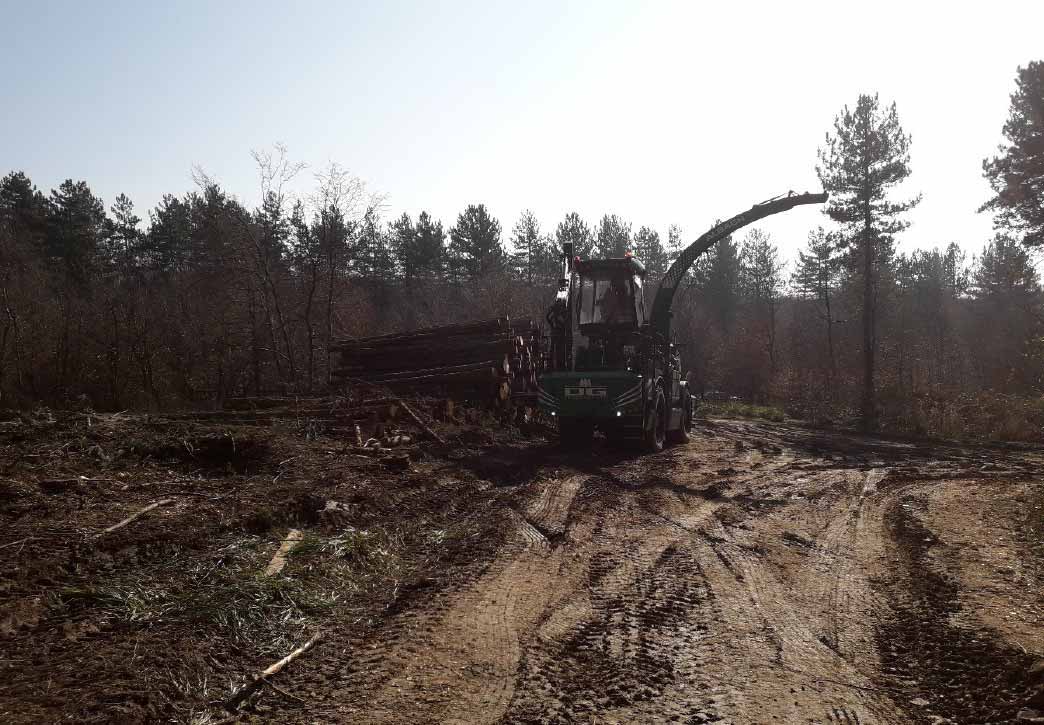 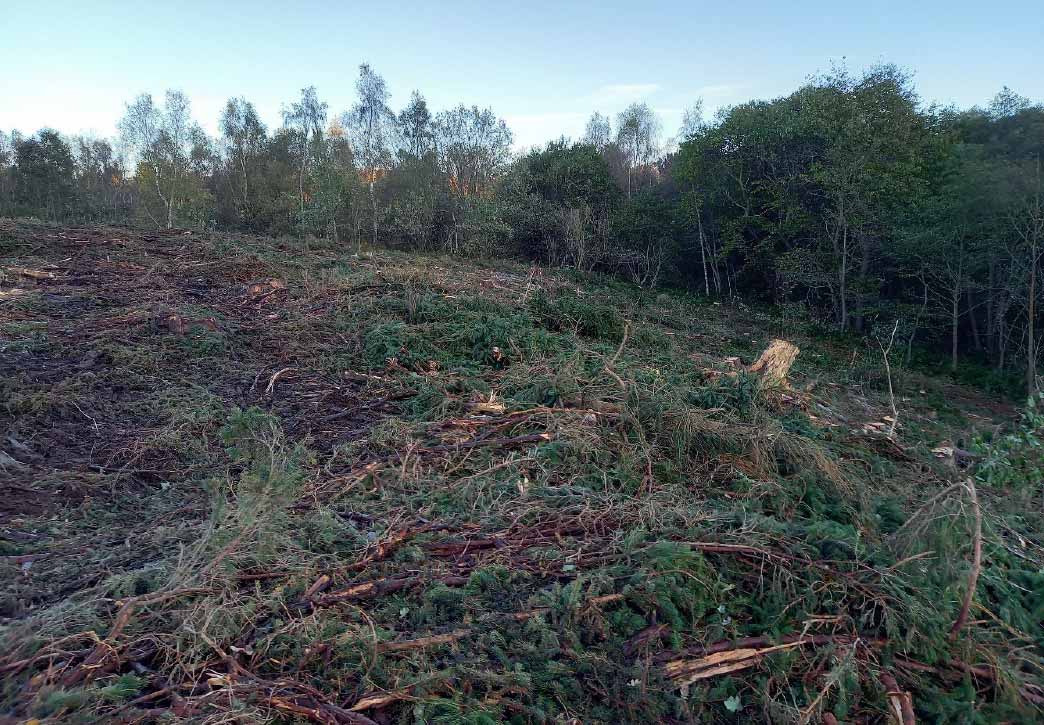 Spruce clearfell under SPHN near Folkestone, prior to mulching 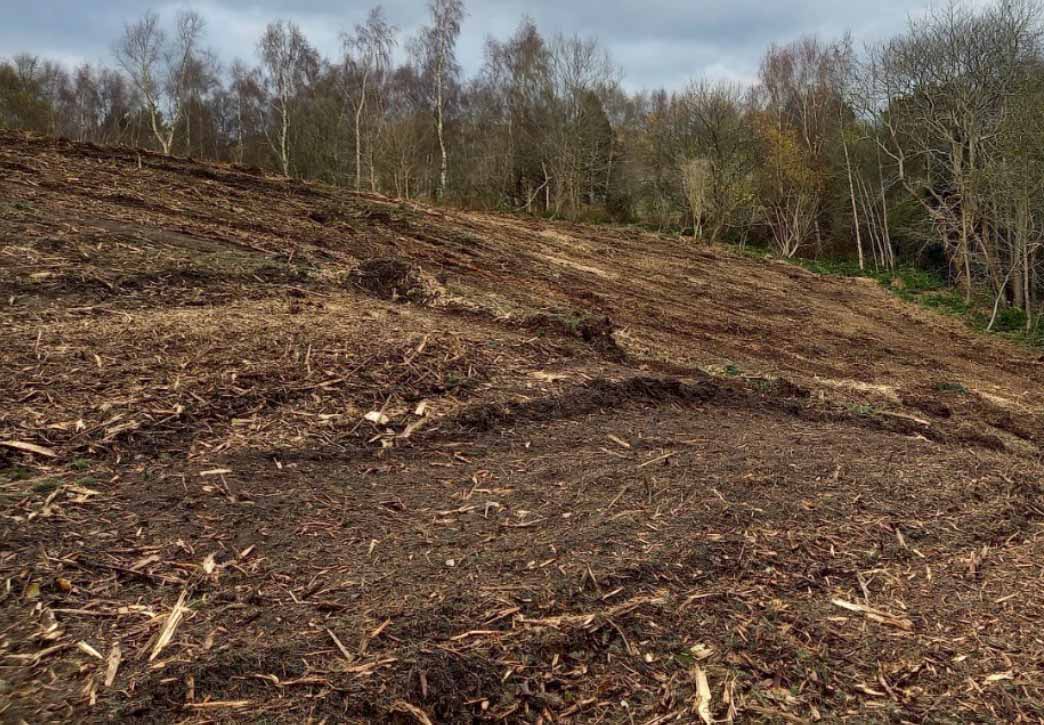