Combining industry-leading experience with unrivalled knowledge of the timber harvesting and marketing sectors, the internationally respected Euroforest Management Team has been carefully selected and appointed to deliver maximum revenue, simplicity, value and efficiency for clients, whilst promoting benchmark standards of safety and sustainability across all areas of the Company’s activities. 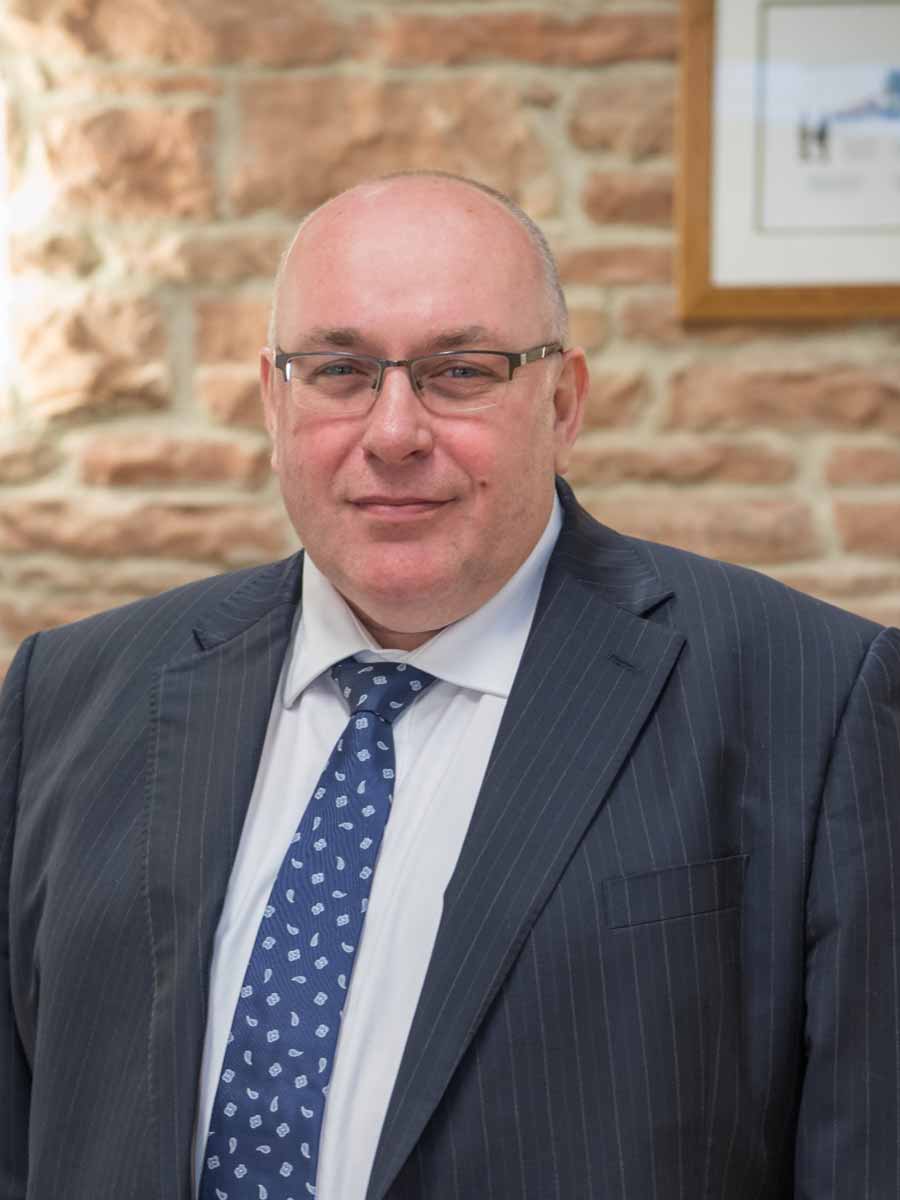 David, a founding shareholder at Euroforest’s inception in 1991, has more than 30 years’ experience within both the timber harvesting and marketing sector.  He previously worked with the Forestry Commission in Kielder and Grizedale forests, before joining EFG Plc in Southwest Scotland as Regional Harvesting Manager prior to its buyout.

David initially joined the Board of Euroforest in 2007 as Operations Director for the South of Scotland, before stepping up to Managing Director in 2012.  Since his appointment, David has led the expansion of Euroforest both through acquisitions and organic growth.  David now runs the Euroforest group of businesses alongside the senior management team.  He is also actively involved with the Confederation of Forest Industries (UK) CONFOR, an industry representative body where he is a member of the advisory board. 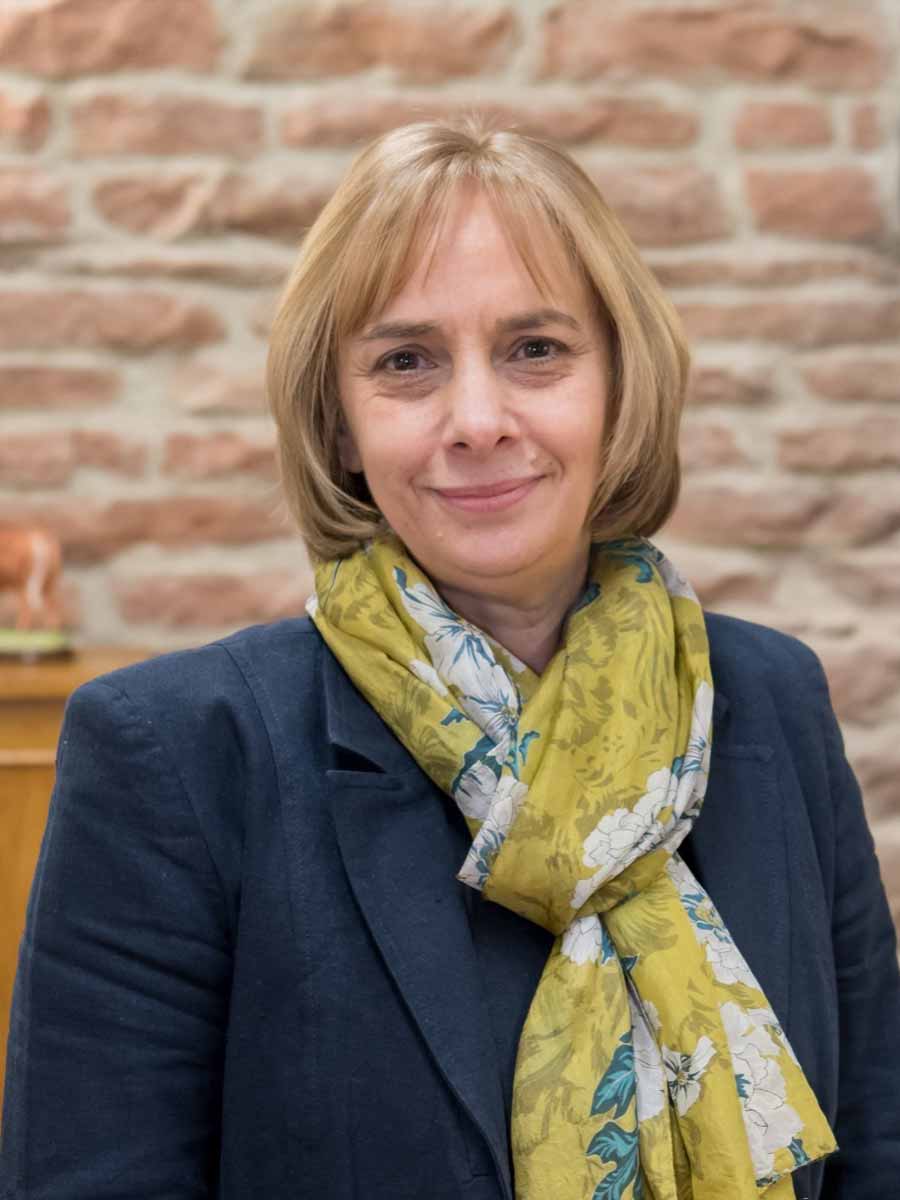 Pat became a director and Chair of the board in July 2017.  Pat is Head of Finance for Allan Jenkinson, a significant shareholder in Euroforest Limited.

Pat started her career in banking with Lloyds and after taking a career break to bring up a family, moved into accountancy.  She worked in practice for six years before joining the finance team at A.W. Jenkinson Forest Products in 2001.

Appointed as Head of Finance in 2013, Pat leads a team of accountants responsible, not only for A.W. Jenkinson Forest Products, but also the wider A.W. Jenkinson group of businesses throughout the UK. 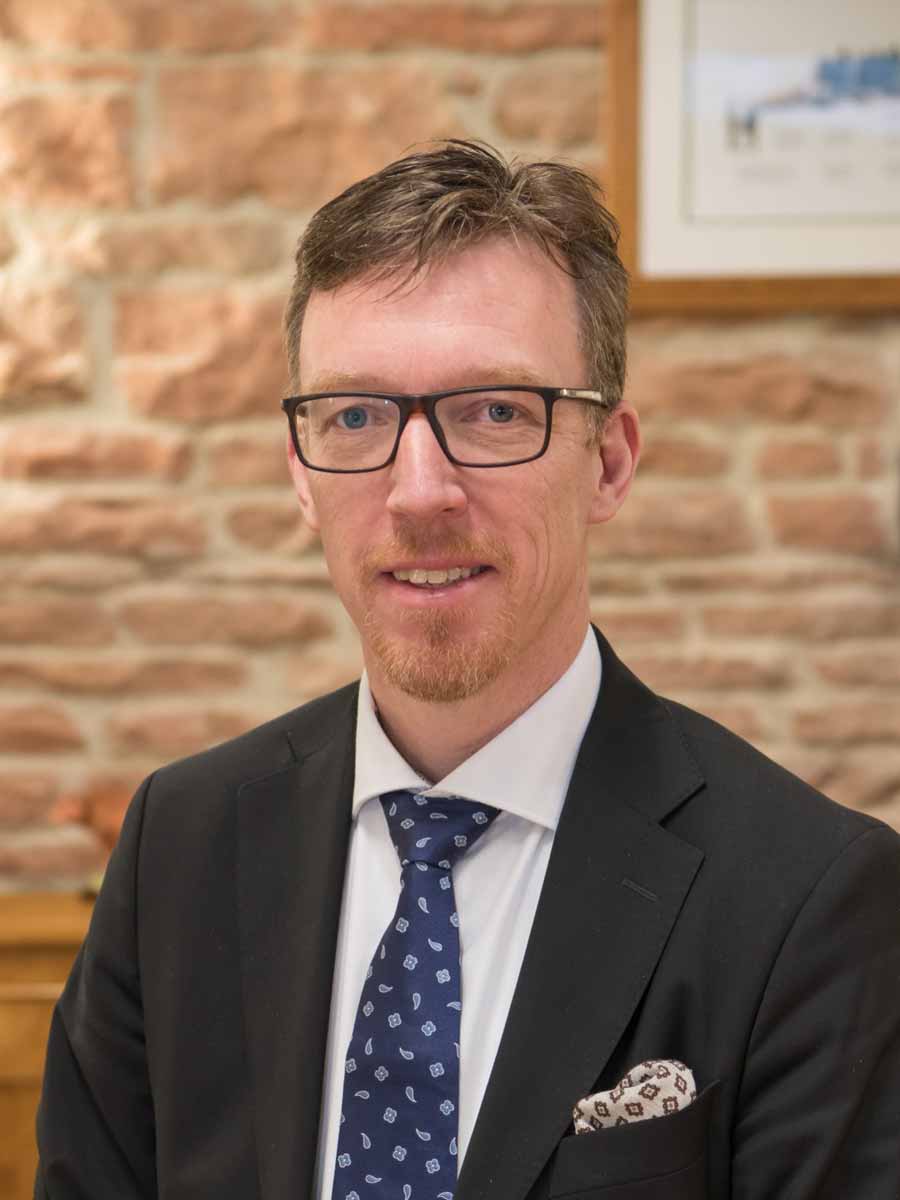 Fredrik joined the Euroforest Board in 2017, representing Swedish holding company, Ahlmark which is the largest shareholder in Euroforest.

Fredrik holds the positions as President/CEO of Miller Graphics, which has operations spread over Europe and Africa.  Miller Graphics is a part of the Ahlmark Group, which also includes plastics, shipping, ship maintenance, property, and building supplies.

Before joining the Ahlmark Group, Fredrik had 20 years’ experience within the forestry business in Sweden and the UK, working for StoraEnso, Iggesund, and BillerudKorsnäs. 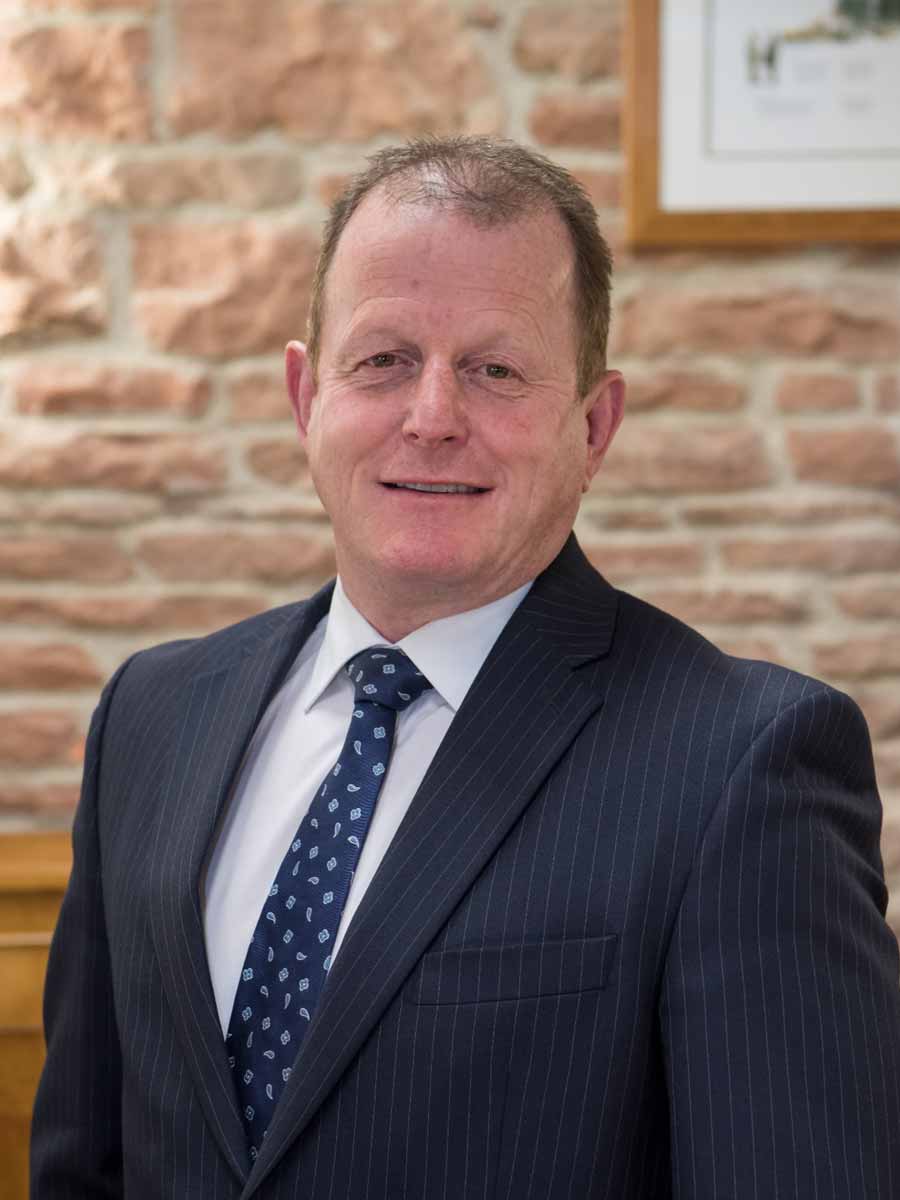 Cameron  worked as Euroforest’s Director of Operations for South Scotland and Northern England before his promotion to Deputy Managing Director at the start of 2022. He operates from our head office in Carlisle, where he leads a professional team of area managers.

In addition to his Euroforest roles, Cameron remains Managing Director of the Sheffield and Company subsidiary, which currently runs a fleet of five specialist timber wagons as well as delivering a range of regional harvesting and marketing operations. 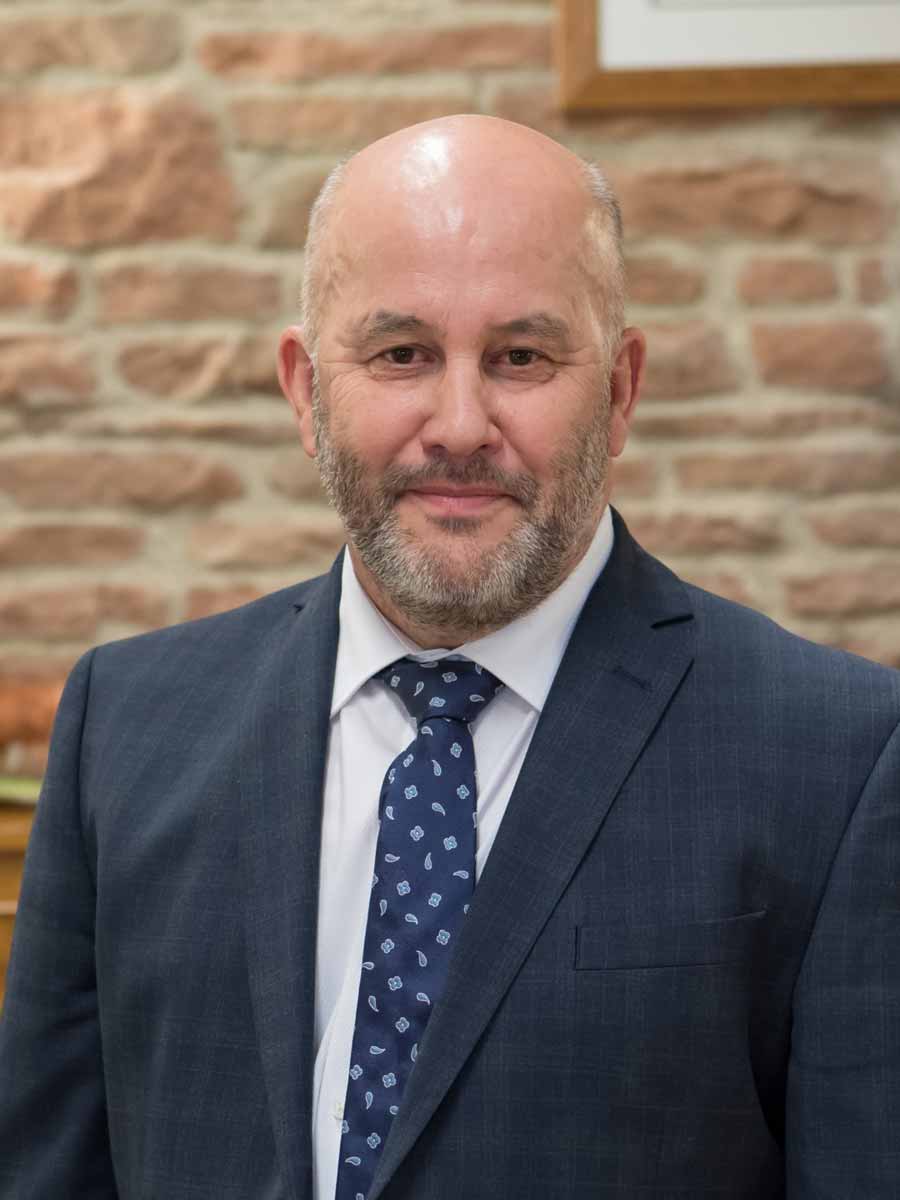 Ashley, a founding Euroforest shareholder, joined the board in 1995 before being promoted to Deputy Managing Director in 2007.  Ashley now works across the group of businesses as Project Director for England and Wales on a part time basis. He has over thirty years’ experience in the forestry industry and several qualifications including a BsC (FOR) and a MICFor.  Having previously worked with Tilhill and EFG plc, he joined Euroforest in 1991 as part of the management buyout.

Based in the Talgarth office, Ashley is responsible for operations in England and Wales, as well as working with the senior management team to run the Euroforest group of businesses.  In addition to his operations role, Ashley covers all compliance matters with Euroforest Limited, including the Company’s ISO 14001, OHSAS 18001, PEFC and PRS Chain of Custody accreditations. 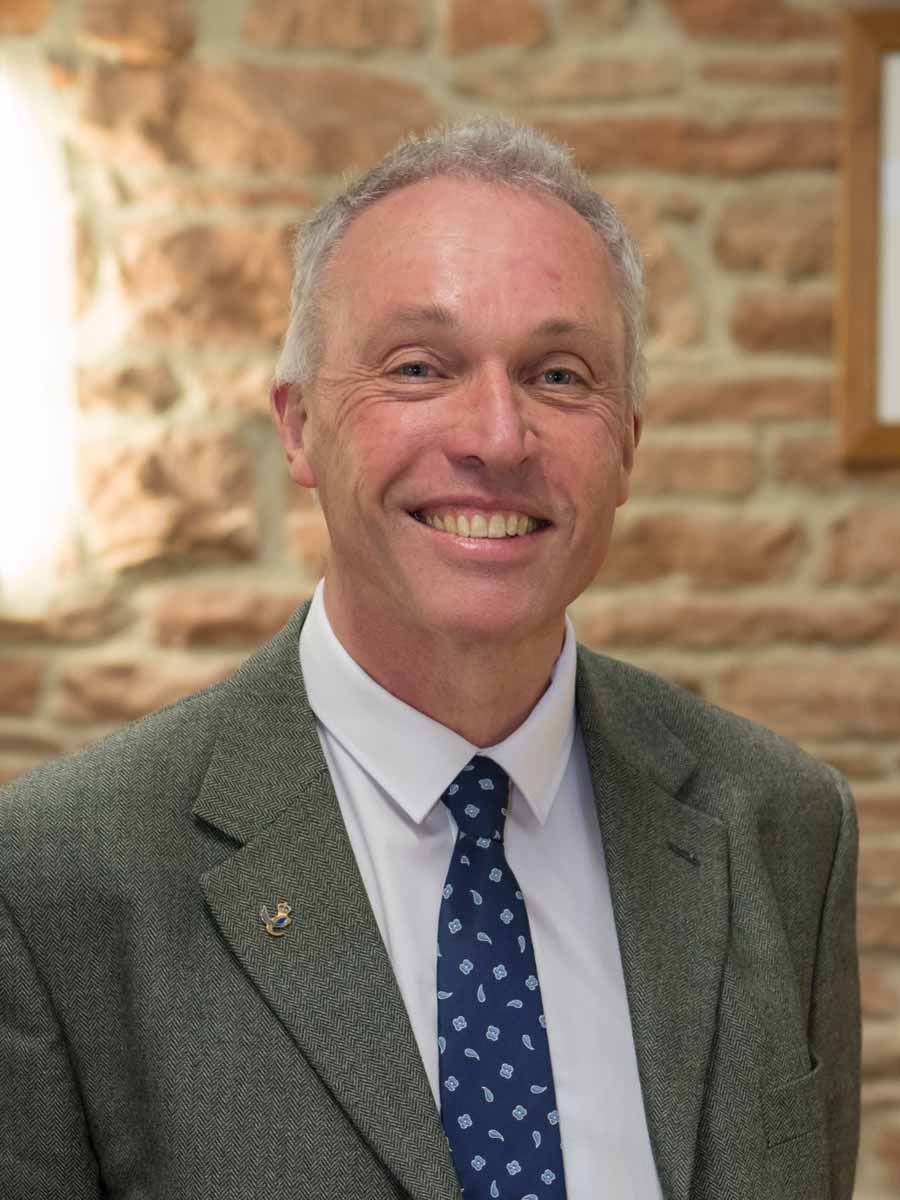 Graeme was a founding shareholder at Euroforest Limited’s inception in 1991, having previously worked as a Regional Manager in harvesting and marketing for EFG Plc.  Graeme, who has multiple qualifications including a BSc (Hons) Forestry and MICFor, worked as an Area Manager in the Northeast region of Scotland prior to joining the Board of Euroforest Limited in 2007.

He is currently the Operations Director responsible for all Euroforest contracts above Central Scotland.  Graeme leads a team of professional Managers and contract supervisors throughout his area, with operations controlled from one of Euroforest’s regional offices in Huntly, near Aberdeen. 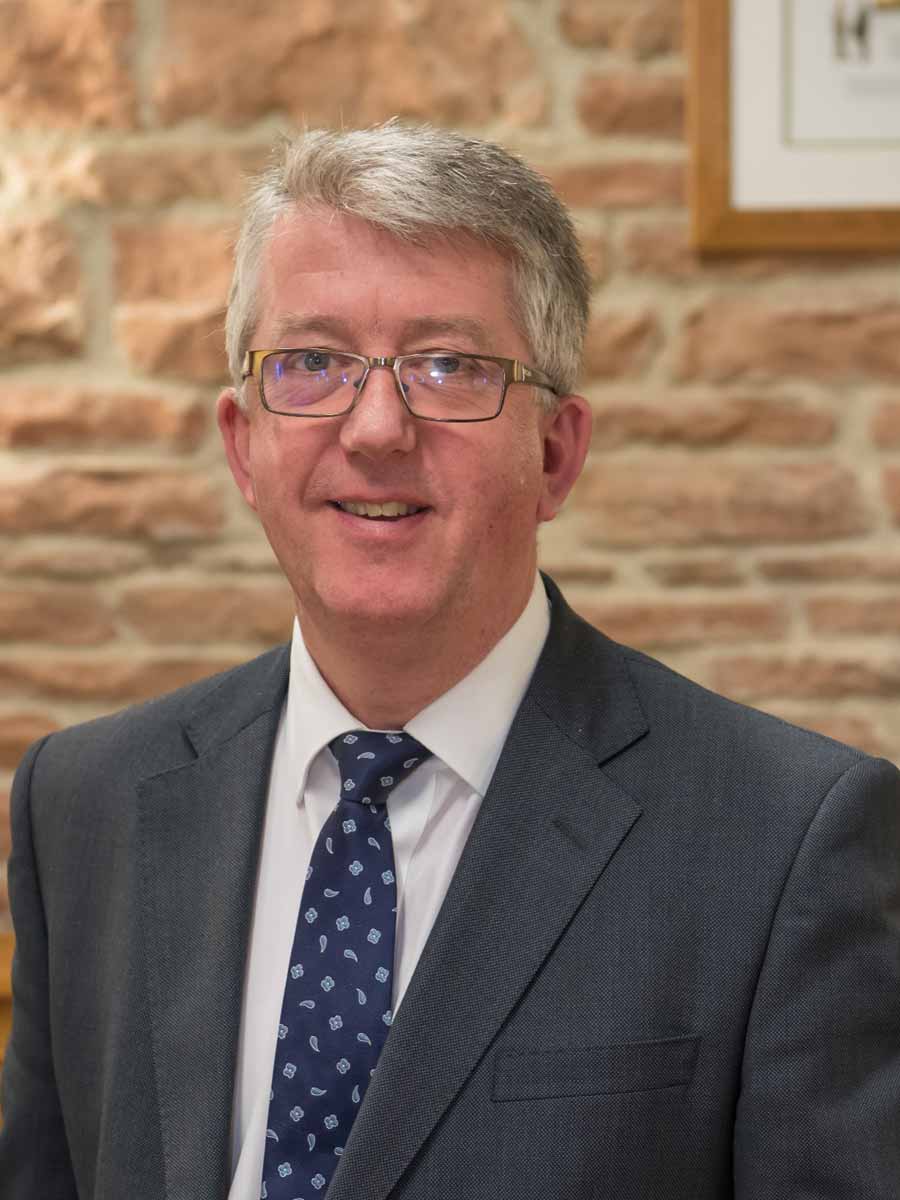 Richard, a Chartered Forester, is a Director at A.W. Jenkinson Forest Products supporting the owner across all areas of the business with specific responsibility for Berite Sawmills and international development in Europe and the Baltic states. He previously worked at Scottish Woodlands as a Regional H&M manager before moving to Kronospan as the Raw Materials Buyer moving up within the business to become Forestry Director.
‍
Richard joined AWJ in 2000 serving as Commercial Director 2006 to 2019. He joined the Euroforest Board in 2013, following the acquisition of a shareholding by AW Jenkinson Forest Products company owner, Allan Jenkinson. AWJ is active throughout the UK, supplying, transporting and processing a wide range of forest products for the UK and European markets, and is both a timber customer and significant transport supplier to Euroforest. 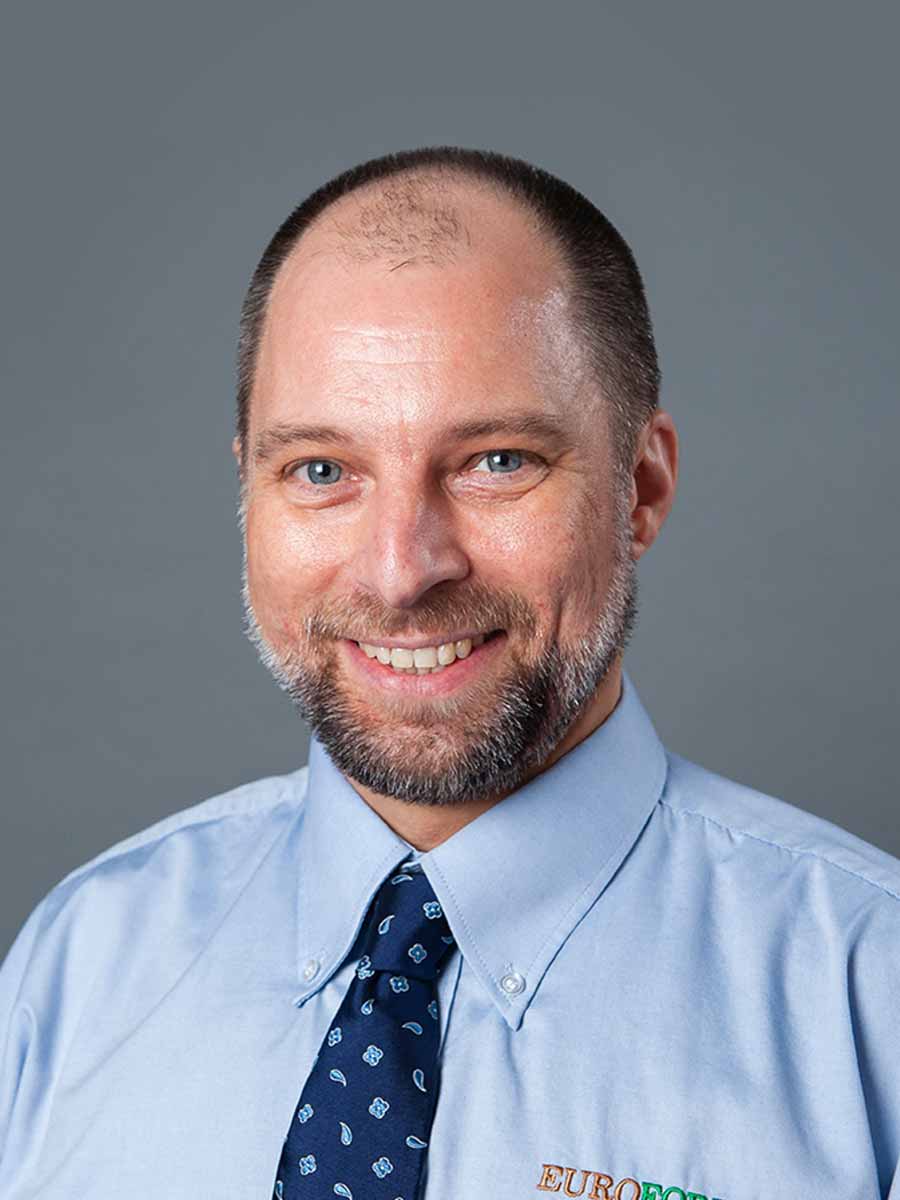 Mark joined Euroforest Ltd in 1991 as an area manager, having worked for several years at Fountain Forestry as an area harvesting and marketing manager.  After several promotions Mark became Director of Operations for England and Wales in 2020 where he is responsible for managing all operations in England and Wales, with a number of staff reporting to him.

Mark who has a National Diploma in Forestry, has over 30 years’ experience within the timber harvesting and marketing sectors.  He has recently been leading the Euroforest Group on Ash Die Back removal operations as well as developing the Arboriculture sector of the business. 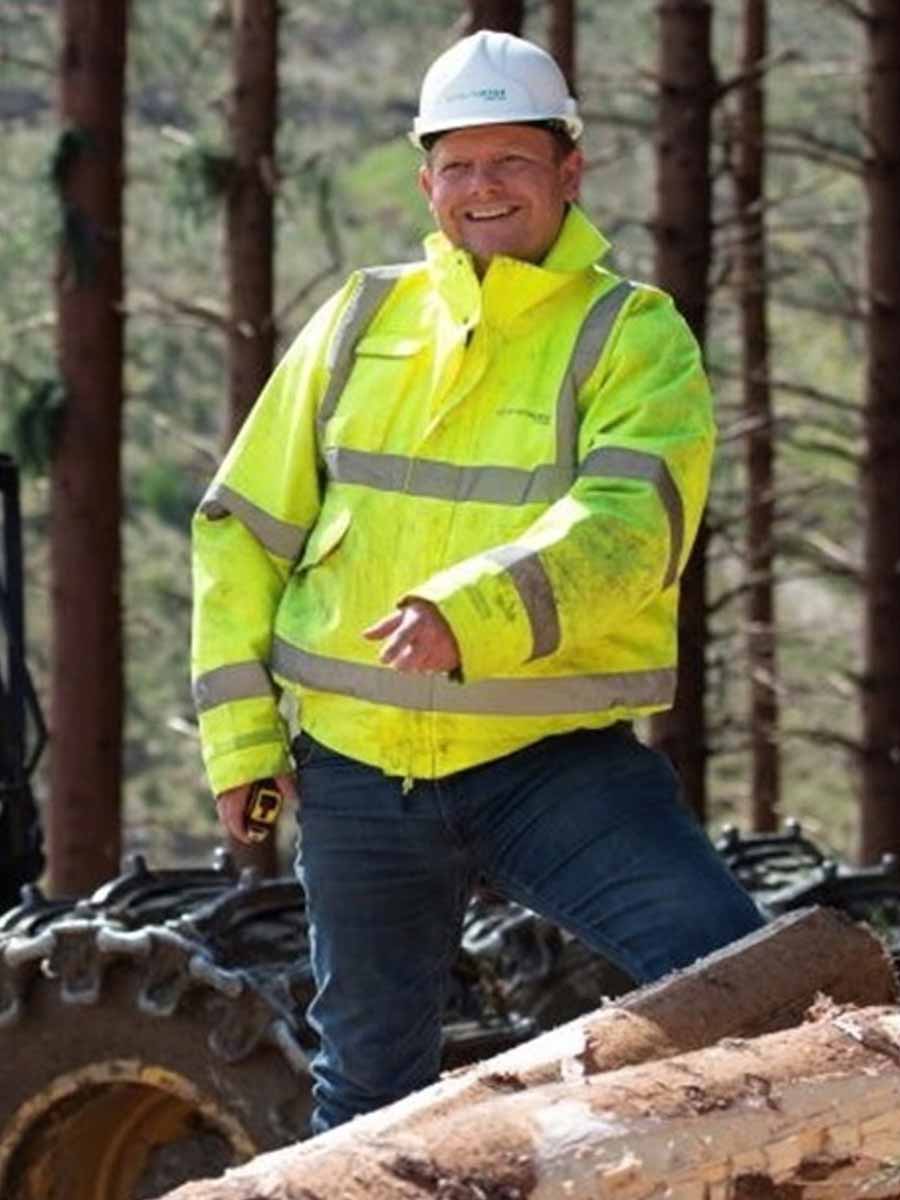 Simons interest in forestry started at a young age with a number of school work experiences with the forestry commission, after which Simon went on to achieve a BSC (Hons) in forestry.  The move to Euroforest was an obvious career progression having developed an excellent understanding of practical timber harvesting in Scandinavia and Ireland.

Simon is now responsible principally for project managing and overseeing a number of large-scale harvesting programs for private timber suppliers to Euroforest across the UK.  He is also involved with IT developments within the business and remains very passionate about modern forestry machinery and their productivity. 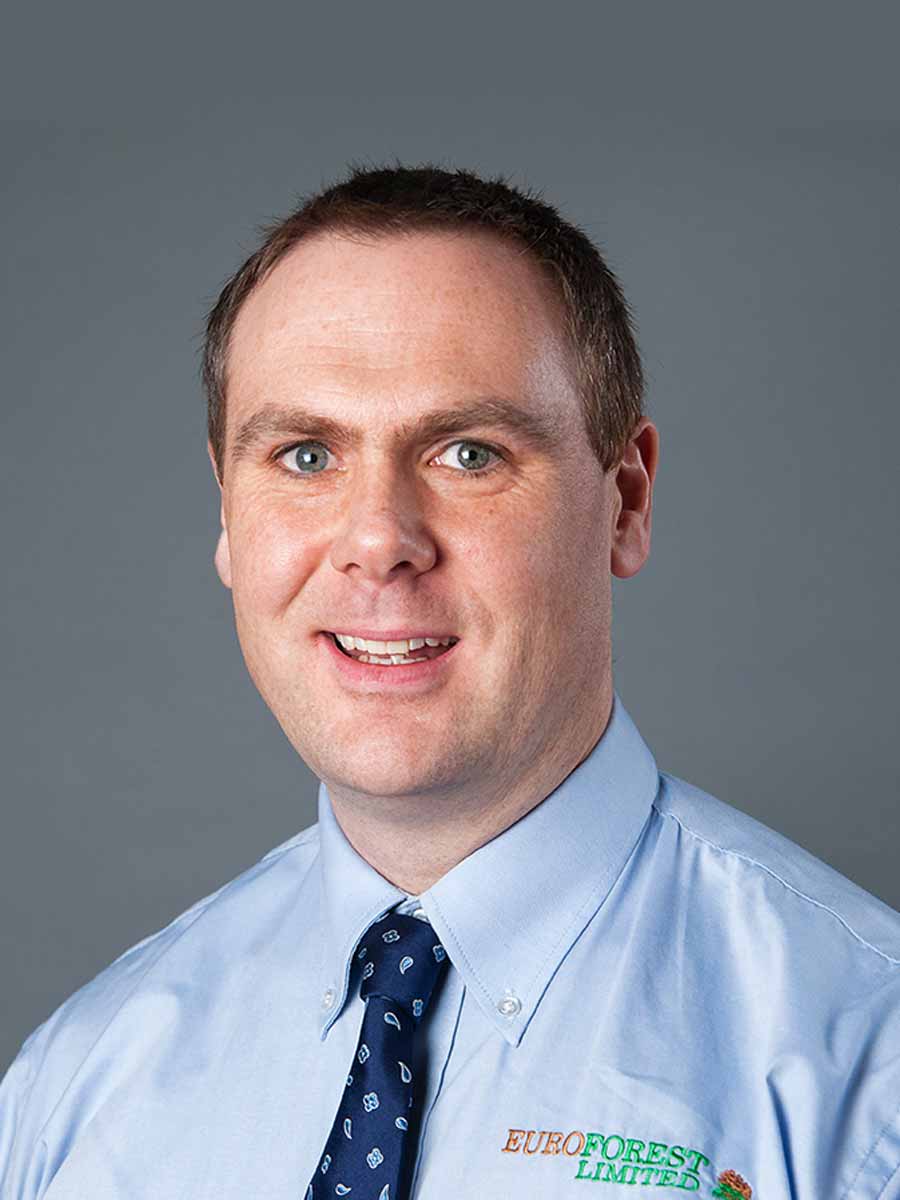 Steven developed a passion for forestry from a young age on a schoolwork placement while on the Duke of Westminster’s Estate at Abbeystead.  During this time, Steven gained experience within the forestry department, plant and working in the sawmill, which he continued to do during further school holidays.

Upon leaving school in 1996 Steven studied Forestry at Newton Rigg College for 2 years at National Diploma level and a further 3 years undertaking a HND in forestry.  During these years Steven worked at weekends for a local forestry contractor undertaking a variety of practical work including tree felling, planting, and fencing.  His college mid-year placement was with the Forestry Commission in Galloway where he gained valuable experience in timber harvesting & marketing and came into contact with various saw milling and timber marketing companies, one of which was Euroforest. David Symons, who at that time was an area manager in Galloway, offered Steven a job on completion of his college course in 2001 and he has remained with the company ever since.

Steven started his career with Euroforest as a trainee manager working with David Symons, and after 3 years was promoted to contract manager.   When David became regional director, Steven was appointed area manager for Southwest Scotland.  Steven was further promoted to a General Manager where he oversaw the Area Managers in South Scotland, The Borders, and Northern England.  Steven who became Operations Director Central in 2022 is now responsible for managing all operations in his region, with a number of staff reporting to him.