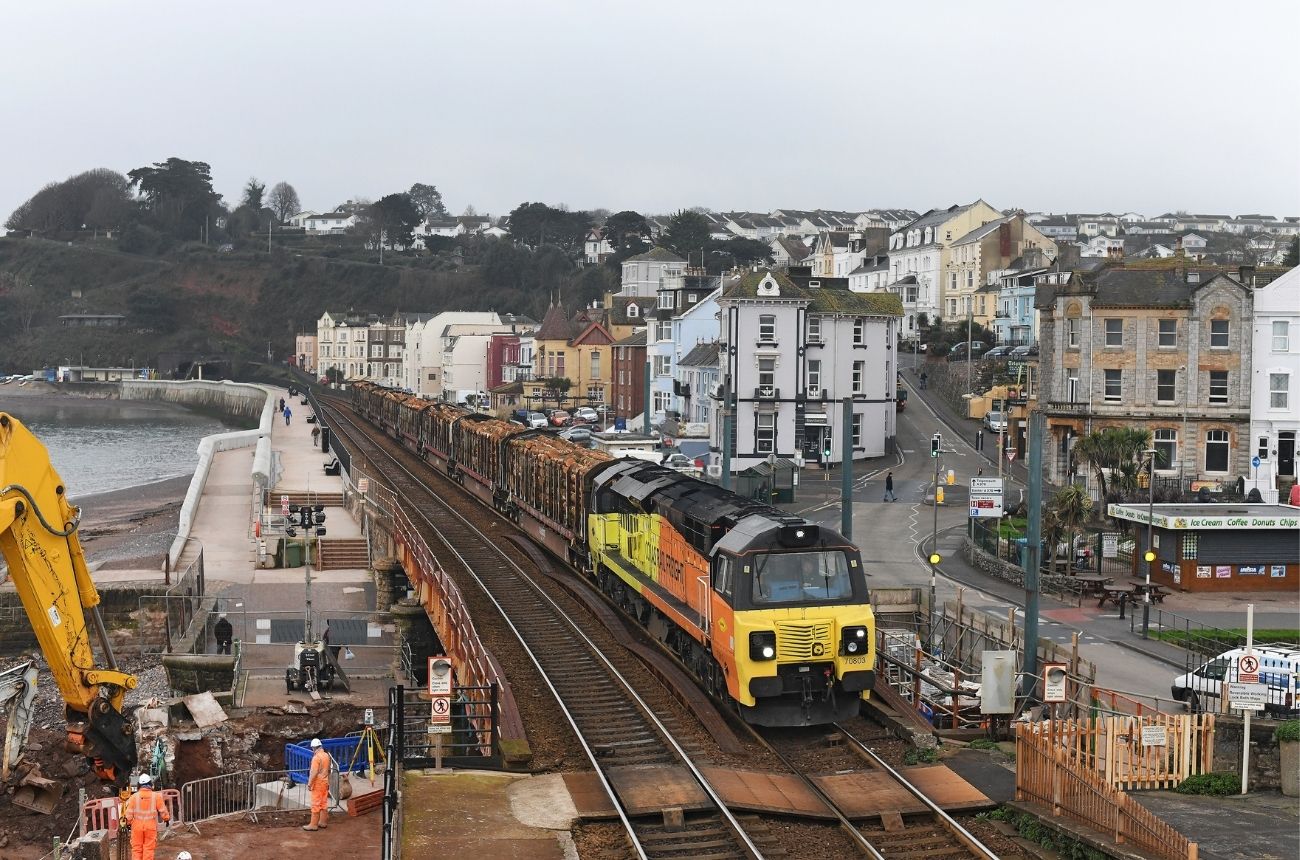 Following our post from last week, Editor of Modern Locomotives Illustrated magazine, Colin Marsden, captured fantastic photos of the train as it travelled through Dawlish, Devon. Area Managers Douglas King and Sam Hawkey, in partnership with Pontrilas Sawmills, organised the run between Newton Abbot train station in Devon and Abergavenny train station in Monmouthshire. This was the first train carrying roundwood to leave Newton Abbot Station on behalf of Euroforest, as well as the first time in over five years that the company has moved timber by rail in the Southwest of England.  Thank you to Colin for sending in these great photos 😊