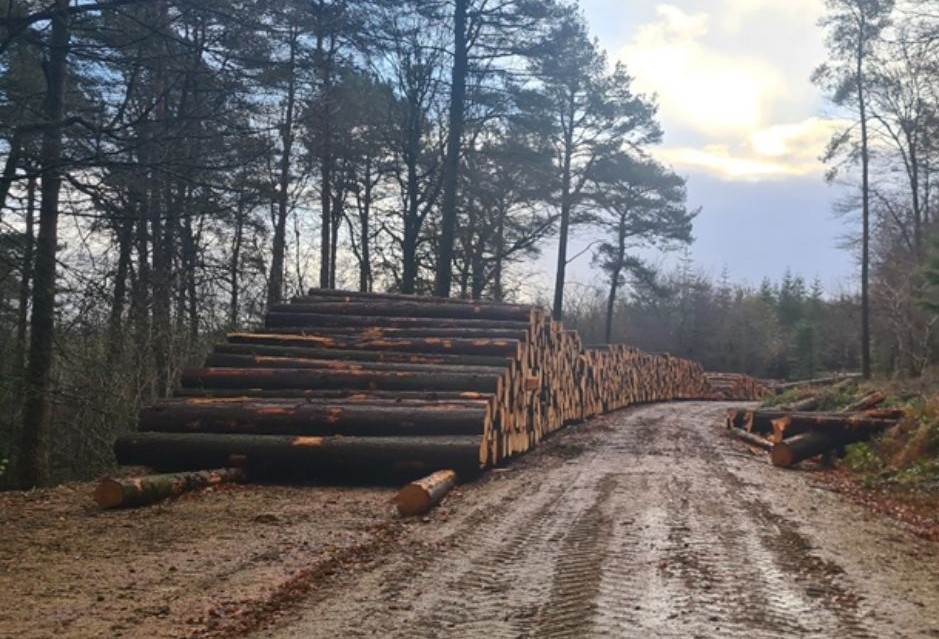 The Forestry Commission have today put into force demarcated area no. 6 and 7 notices, replacing notices 4 and 5 in the continued bid to stop the spread of Phytophthora pluvialis, the fungus like pathogen first found in the UK in September 2021 in Cornwall.

Within the demarcated areas movements are prohibited, unless a movement licence is granted by the Forestry Commission following a site inspection highlighting no symptoms.  If the inspection does find Phytophthora Pluvialis to be present, a statutory plant health notice (SPHN) containing bio-security requirements may be authorised following further inspections. Since the finding of the pathogen in the UK, only one SPHN has been issued so far in September 2021.  The SPHN site on a Forestry England estate within the Glyn Valley was managed by Euroforest Area Manager, Sam Hawkey from the Devon office, where 3000 tonnes of Western Hemlock were harvested, cleared, and placed at roadside (see image) for inspection by Forestry England who will decide on how the timber can be processed and marketed.